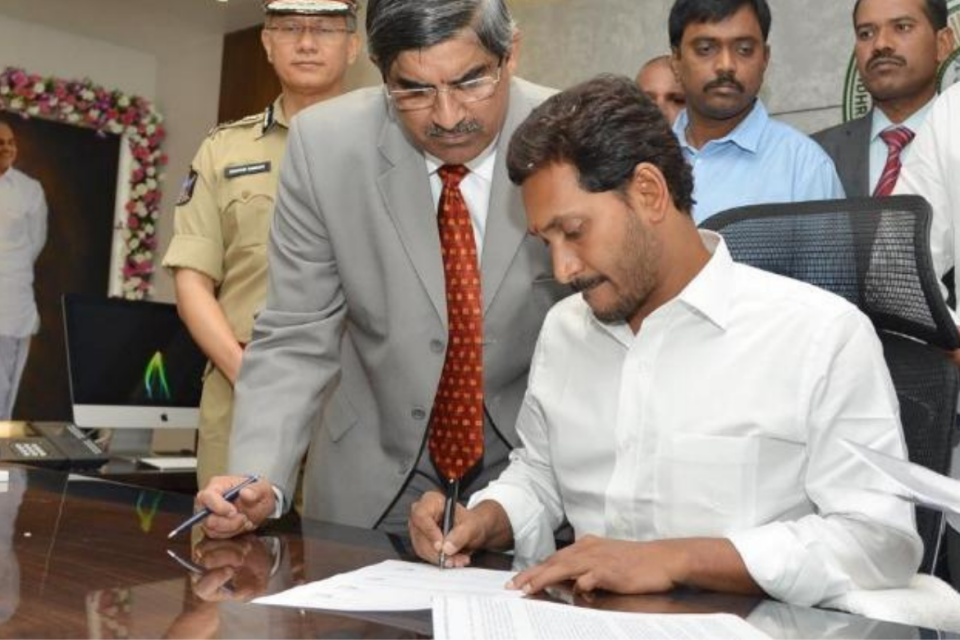 In a 8-page letter to the Chief Justice of India, Andhra CM Jagan Mohan reddy opened a front against senior Supreme Court judge NV Ramanna raising the issue of land deal done by the judge’s daughter.

In Andhra Pradesh for the last several days, politics between the TDP and the YSRCP got heated up when the Chief Minister of the state had to question the working of the judicial system of the country.

In the world’s largest democratic country, there is little precedence that the CM of a state blames political interference on any sitting judge. We are talking about that letter of Andhra Pradesh CM Jaganmohan Reddy, which has question the integrity of the judicial system.

Judiciary is the third and most important pillar in the four pillars of democracy. If anyone raise a doubt on it, it is not good news for any democratic country.

Andhra Pradesh Chief Minister YS Jaganmohan Reddy has complained to Chief Justice of India Sharad Arvind Bobde against Justice NV Ramana, the second most senior judge of the Supreme Court. In his eight-page letter, Jaganmohan has told the CJI that Justice Ramana is trying to influence the Andhra Pradesh High Court’s sitting, including a roster of some respected judges.

Justice Ramanna is the second senior-most judge of the Supreme Court After CJI Bobde.

What did Chief Minister Jaganmohan write in the complaint?

Reddy has written that the judge along with former Andhra Pradesh CM Chandrababu Naidu is trying to destabilise his government. Also, the investigation by the Anti-Corruption Bureau has seriously questioned the land transaction in Amravati against the two daughters of Justice Ramanna. This tussle has been going on for a long time between the government and the judiciary.

In his letter to the CJI written on 6th October and which has been released on Saturday night to the media in Hyderabad. It has been said in the letter that since the YSR Congress Party came to power in May 2019, his government has ordered the investigation of all the deals made by Chandrababu Naidu’s government from June 2014 to May 2019. Since then, Justice NV Ramanna has been trying to influence the administration of justice in the state.

While the Anti-Corruption Bureau had filed an FIR against him. In the letter, the CM has alleged that the High Court gave a stay on the investigation sitting on former State Advocate General Dammalapathi Srinivas regarding the land transaction.

In fact, on 15 September, the High Court ordered that the FIRs filed by the ACB on the former Advocate General should not be reported in the media. The media was banned from covering this news. In his complaint, CM Jaganmohan has accused Justice Ramanna of interfering in the work of the High Court to destabilise the government and influence the judges. Jagan has requested the CJI to maintain the neutrality of judiciary in Andhra Pradesh.

Apple introduces AirPods Max, the magic of AirPods in a stunning over-ear design

Lalu Yadav to remain in Jail. Hearing for bail plea deferred till November 27