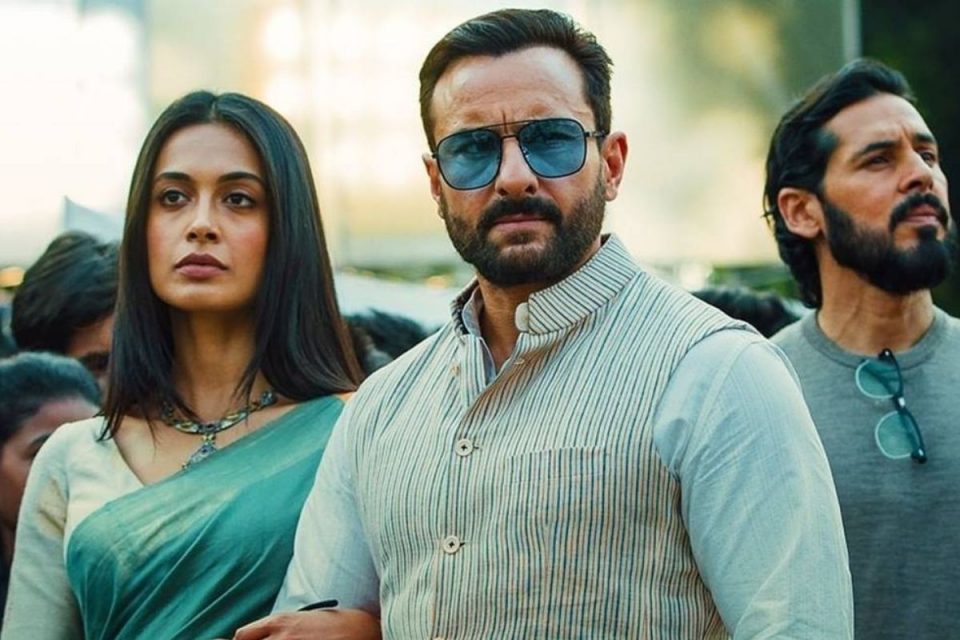 Uttar Pradesh Police has filed a criminal case against the makers of Tandav, the web series currently showing on Amazon Prime. Yogi’s media advisor has also warned of arrest in the case.

Controversy has arisen over Amazon Prime’s new web series ‘Tandava’. The Uttar Pradesh Police has registered a criminal case against the makers of the series and the streaming platform. The series has been alleged to have insulted Hindu deities. A senior officer of Chief Minister Yogi Adityanath has warned of arrest in this case.

Sources say that the Union Information and Broadcasting Ministry had sought a response from Amazon Prime in this matter after a complaint by Maharashtra BJP leader Ram Kadam, after which this case has been registered.

Has been accused of insulting religious animosity and place of worship

The director, producer and writer of this series along with the big stars like Saif Ali Khan and Dimple Kapadia, head of India Original Content of Amazon Prime, has been accused of insulting religious animosity and place of worship in the country through this series.

This complaint has been lodged by a sub-inspector posted at Hazratganj police station in Lucknow.

After the case was registered, Chief Minister Yogi Adityanath’s media advisor Shalabhamani Tripathi shared a copy of the complaintant on Twitter and wrote, ‘Don’t tolerate messing with public sentiments, Yogiji against the entire team of Tandav, a hate web series under the garb of cheap web series Case registered in serious sections in Uttar Pradesh, preparations for arrest soon !! ‘

he informed his superiors about it, after which he got the order to watch the series. 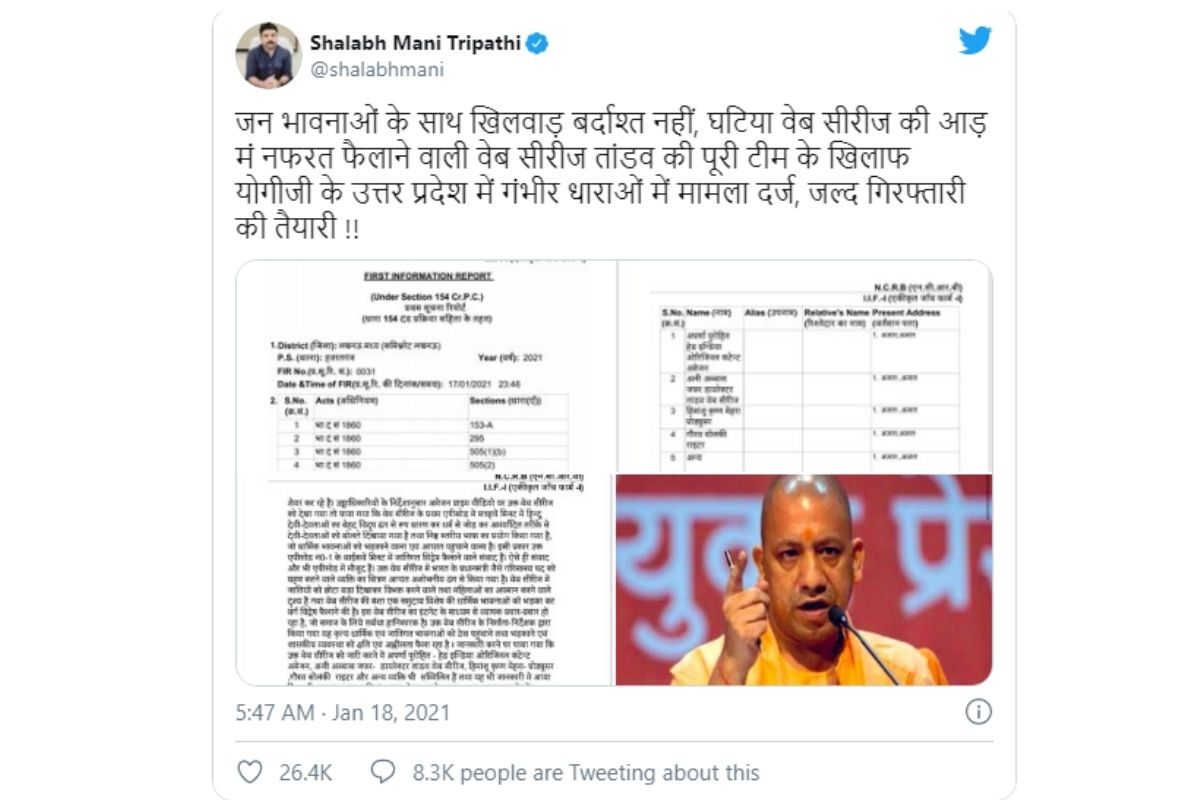 The policeman who filed the complaint said that after seeing the criticisms of the film on Twitter, he informed his superiors about it, after which he got the order to watch the series.

Hindu gods and goddesses have been shown in a very insulting manner.

The complaint states, ‘In the first episode, in the 17th minute, Hindu gods and goddesses have been shown in a very insulting manner and associated with religion and use low level language , Which provokes religious sentiments and is shocking.