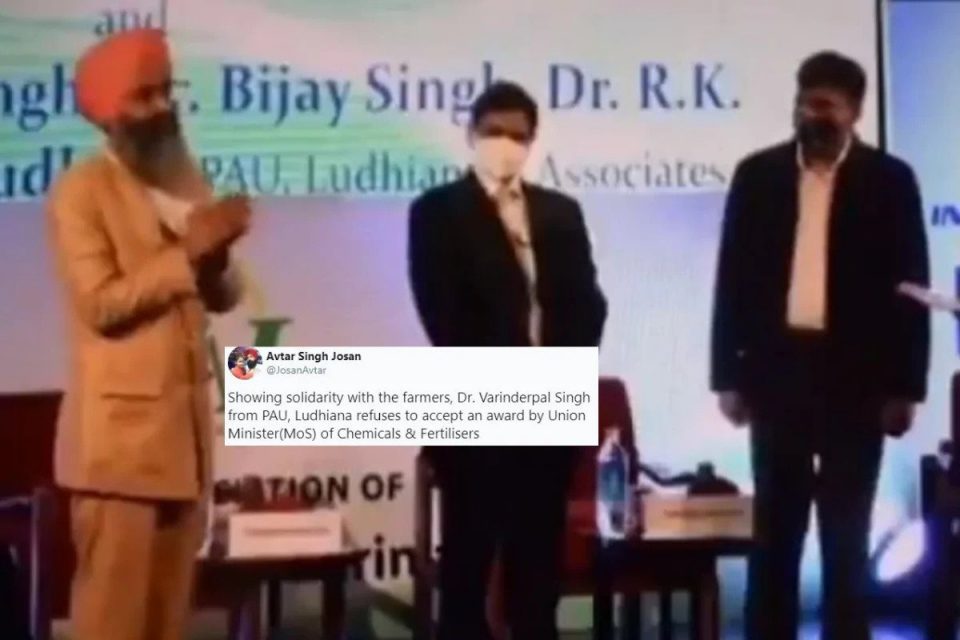 A day after the incident he said he was proud of what he had done.

In his letter to the Union Minister which is addressed to the Prime Minister of India Narendra Modi, he wrote that he had a change of heart after an interaction with an auto-rickshaw driver who informed him that he was going on the protest site and moved by how Punjabis were fighting not only for their own rights but for farmers of the entire country.

He wrote that he was heartbroken to see the plight of farmers.

He said awards are meaningless if farmers are on the streets fighting for their rights. He wrote that he was heartbroken to see the plight of farmers.

I have neither a political nor a terrorist connection,

He said he feels awkward that he refused the FAI Golden Jubilee Award and Gold medal from the minister but he does not have any personal resentment or opposition to him or the government of India.

He stated in his letter that he has neither a political nor a terrorist connection, but was writing in the capacity of an Indian who had been professionally dedicated for the welfare of farmers. He also apologised for his refusal to accept the award.

I am the son of a farmer. Nobody can understand the pain I go through when farmers are termed as terrorists. 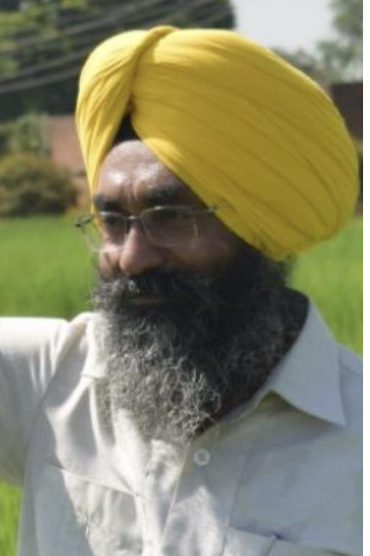 I am the son of a farmer. Nobody can understand the pain I go through when farmers are termed as terrorists. I am proud of what I have done. I wish to work for the country and the Centre should listen to farmers. I will be guilty if I receive this award. —Dr Varinderpal Singh, Principal (soil chemist), Punjab Agricultural University.

“Farmers work in the soil while I experiment with the soil in my laboratory,” he said. “The Centre tried to break the courage of farmers. It is the first agitation of its kind in independent India when protestors have not destroyed any public property and remained highly peaceful while serving food even to cops who lathi-charged elderly farmers,” he said.

Dr Varinderpal said he did not consult his team members comprising Dr KS Subramanian, Dr Bijay Singh, Dr RK Gupta and OP Chaudhary from the PAU before taking this step. “I am proud of what I have done. I fully support the cause of farmers,” he said.

As per sources, Dr Varinderpal had earlier written to Dr BS Dhillon, Vice-Chancellor, PAU, to return his Padma Shri award in support of farmers. The V-C could not be contacted and everyone in the university remained tight-lipped.

Transfer of this technology would provide substantial economic benefits to farmers and the Centre.

“PAU-Leaf Colour Chart (PAU-LCC)” technology for optimising the consumption of urea in crops was developed by Dr Varinderpal. The PAU-LCC technology provides a potential solution of reducing urea consumption, which saves more than Rs 750 crore (Rs 250 crore of farmers and Rs 500 crore of the Government of India) in Punjab.

Transfer of this technology would provide substantial economic benefits to farmers and the Centre. Improved quality foodgrains, reduced consumption of insecticides/pesticides, prevention of air and water pollution as after-effects of the adoption of PAU-LCC technology remain priceless, he said.