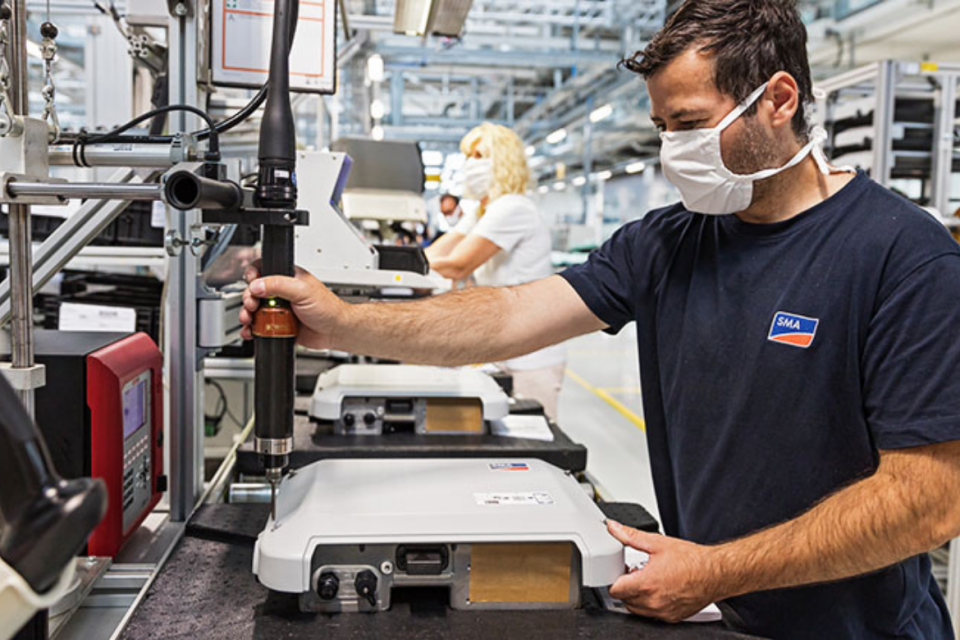 According to forecasts, one million electric vehicles will be on Germany’s roads by 2022. Around 80% of these will be charged at home. Using solar power from your own roof has benefits not only for the environment, but also for your wallet.

That is why SMA has developed the SMA EV Charger. The intelligent charging solution always charges electric vehicles in such a way that the maximum amount of self-generated solar power is used.

Even when charging has to be done really quickly. Furthermore, the SMA EV Charger integrates seamlessly into the SMA Energy System Home, making installation and maintenance easier for installers.

It enables electric car drivers to always charge conveniently and reliably while using the maximum available amount of cost-effective and CO2-neutral solar power.

All components, including communication for the domestic energy system, come from a single source, and there is only one contact point for questions regarding expansion, warranties or service.”

Fast and reliable charging – with solar power, of course

The SMA EV Charger enables fast, reliable and cost-effective charging and for this purpose has various charging modes. The aim is always to make maximum use of the solar energy currently available.

When you are in a hurry, the SMA EV Charger can even charge up to ten times faster than a conventional household socket

By combining utility grid and solar power, the SMA EV Charger can charge single-phase up to 7.4 kW and is thus almost twice as fast as conventional wall boxes, which usually only charge with 4.6 or 3.7 kW due to an unbalanced load.

When you are in a hurry, the SMA EV Charger can even charge up to ten times faster than a conventional household socket. Power outage protection protects the house connection against overload.

The SMA EV Charger charging process can also be optimally planned with the SMA Energy app. The Sunny Home Manager 2.0 intelligently plans the charging process for domestic energy management, while also taking into account the other appliances.

In this way, it pays attention to minimum charging costs and guarantees the desired departure time. The SMA EV Charger can be ordered now and will be shipped from September 2020.

About SMA
As a leading global specialist in photovoltaic system technology, the SMA Group is setting the standards today for the decentralized and renewable energy supply of tomorrow.